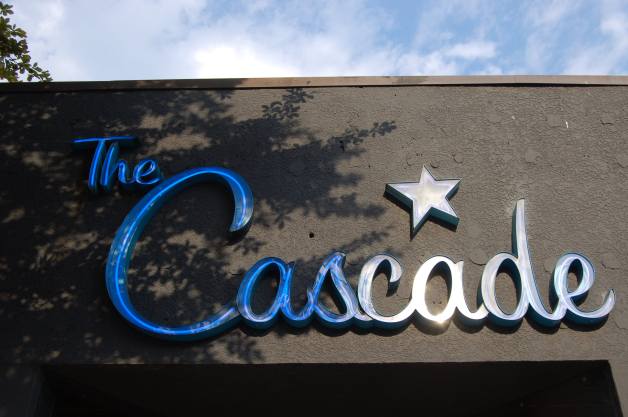 I’ve long been a fan of The Cascade Room so I wanted to include their burger because it’s so damn good and people need to know about it. Head there for their signature Cascade Burger paired with Driftwood Brewing’s Fat Tug India Pale Ale.

The Cascade burger comes with blue cheese, naturally smoked bacon, lettuce, tomato and fresh chili aioli on a beautiful brioche bun. The blue cheese comes through right away with its distinct taste which sits nicely with the smoky bacon and the fresh chili aioli also adds a uniqueness to the burger that separates it from the usual bacon and cheddar cheeseburger combination. This burger is full of bold flavours that all stand out with none taking a backseat to the other.

Now, speaking of bold flavours The Cascade Room is one of the many places (the first one actually) in Vancouver that carry one of the best and boldest IPA’s around, Driftwood Brewing’s Fat Tug IPA.  This beer was perfect with the Cascade Burger as its big hop flavour and strong malt backbone stood up really well against this above average burger. This burger and beer pairing is something that The Cascade Room should be very proud of. 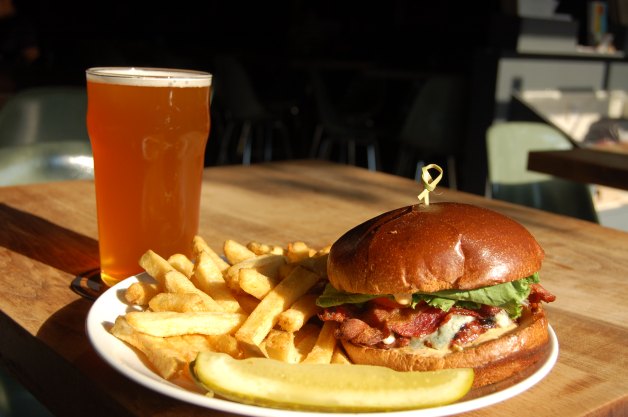 So if you’re looking for a signature burger that strays from tradition paired with one of the best IPA’s from a top west coast brewery then head to The Cascade Room for This Sandwich (Burger) and That Beer.

Head to www.thecascade.ca and www.driftwoodbeer.com for more info. Follow them both on Twitter @thecascaderoom and @driftwoodbeer and follow me @TSTB_blog. Head to Legacy Liquor Store to find this beer and others to take home.

Listen for my monthly feature on Just Here For The Beer radio on Team 1410AM in Vancouver on the August 30th at 1pm . Also look for my column in the BC Craft Beer News at your local craft beer focused private liquor store.