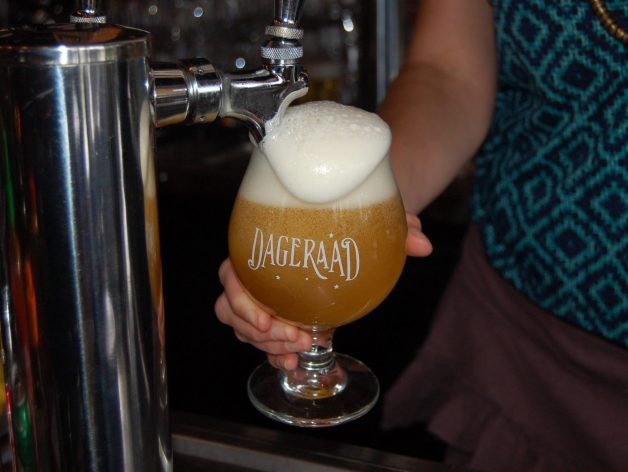 Dageraad Brewing is one of the newest breweries to open their doors in the Lower Mainland, crafting small-batch Belgian style beers in true Belgian tradition in Burnaby. Dageraad owner and brewer Ben Coli started the brewery in an “effort to transport a small piece of the beer culture” he found when spending time in the Dageraadplaats neighbourhood of Antwerp while visiting friends over the years. This interest and appreciation of the beers he discovered there quickly became an obsession and from that Dageraad Brewing was born. Dageraad Brewing has come on to the BC craft beer scene with two Belgian beer styles, a Blonde and an Amber Ale. Both being poured at Ben’s brother Nate’s Commercial Drive restaurant Tangent Cafe. I headed there recently to try them out paired with a couple of Tangents panini sandwiches. 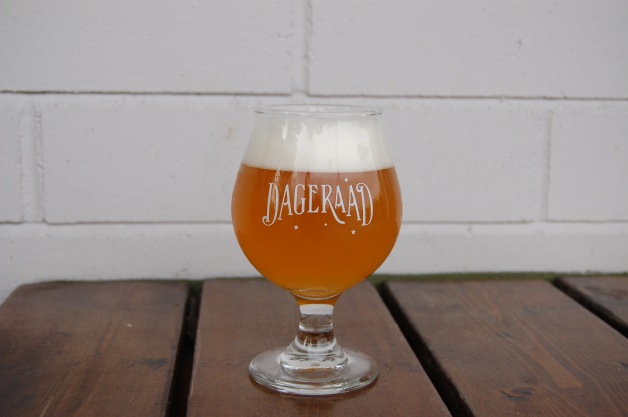 The Dageraad Blonde is a light bodied ale with an aroma of citrus and fruit, notes of nutty pilsner malt, light noble hops and a faint sweetness. The beer pours a slightly cloudy golden yellow with a fluffy white head that lingers. I found the flavour to be very reminiscent of true Belgian beers I’ve tried, slightly tart, low hop flavour, a tad sweet with a clean dry finish and just a breath of alcohol. 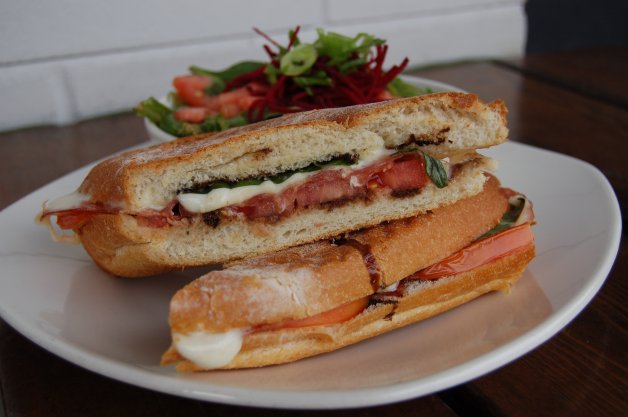 This beer paired up nicely with Tangent Cafe’s Caprese Panini which comes with bocconcini, tomato, fresh basil and balsamic with the option to add salami, which I did. I found that the Blonde cut the fat found in the salami and the bocconcini while the acidity of the beer matched up well with the balsamic and the tomato.The sweetness from the balsamic also worked well with sugary notes in the beer. The Dageraad Blonde makes a perfect pairing with this type of sandwich containing some fattier elements. 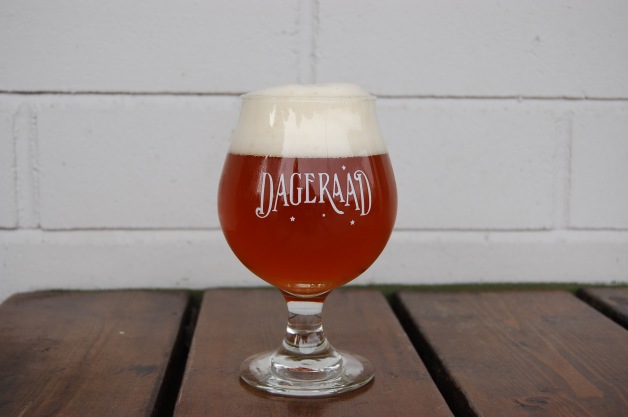 The Dageraad Amber is brewed in the Belgian pale ale style. It has a malty sweetness with a plume of malt and stone fruit backed by an aroma of hops with a nice crisp finish. The beer pours a nice amber colour with a big, foamy slightly off white head. Inspiration for the Dageraad Amber came from the classic Belgian pale ale by De Konnick Brewery. 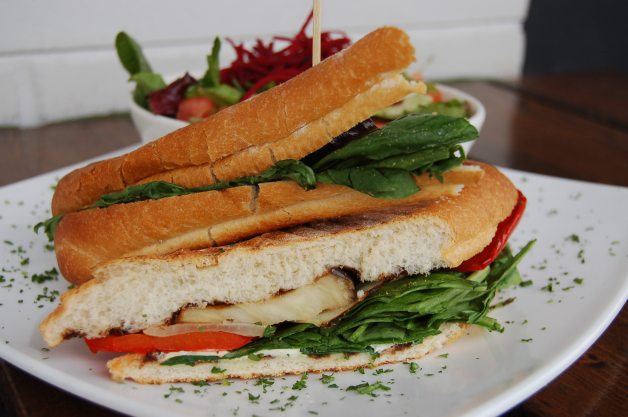 I enjoyed this beer a lot and loved how it paired up with the Roasted Vegetable panini at Tangent.This sandwich comes with roasted eggplant, onion, red peppers with fresh spinach, goat cheese and balsamic vinegar. The roast flavour from the vegetables was great with the Amber’s balance of sweetness and bitterness. The Belgian yeast was also quite prominent which I found mingled delightfully with the goat cheese on the sandwich. 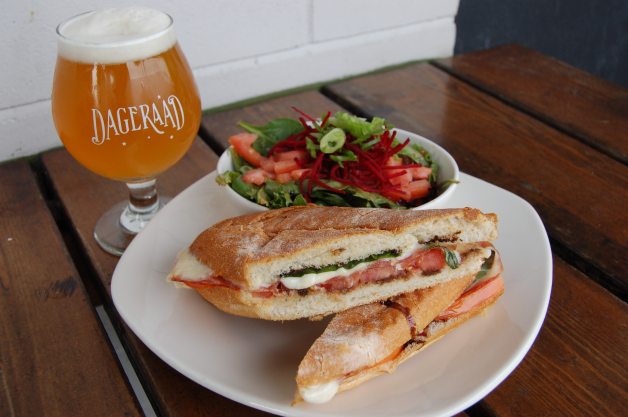 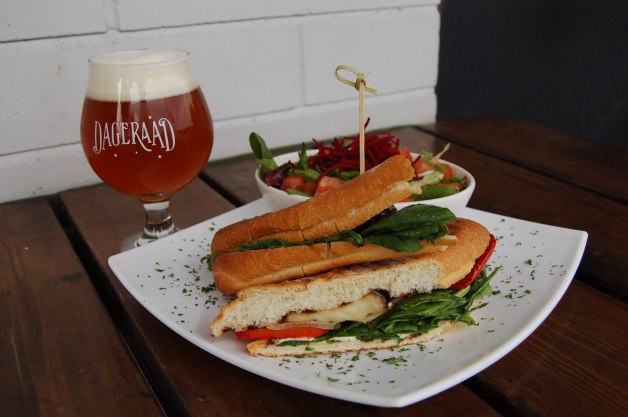 So if you’re looking for some tasty panini’s paired up with a couple true Belgian beers brewed right here in BC, then head to Tangent Cafe for These Sandwiches and Those Beers. 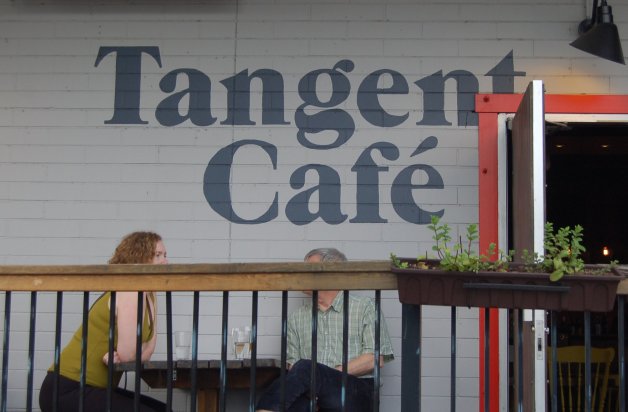 Head to www.tangentcafe.ca and www.dageraadbrewing.com for more info. Follow them both on Twitter @TangentCafe and @DageraadBeer and follow me @TSTB_blog. Head to Legacy Liquor Store to find Dageraad Brewing’s Blonde and Amber ales to take home.

Listen for my monthly feature on Just Here For The Beer radio on Team 1410AM in Vancouver on the June 28th . Also look for my column in the BC Craft Beer News at your local craft beer focused private liquor store.