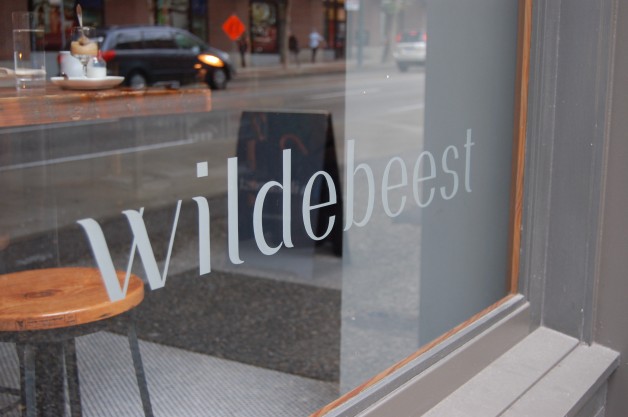 It’s no secret that Wildebeest has quickly become one of Vancouver’s top restaurants, especially after being named 2013’s “New Restaurant Of The Year” by Vancouver Magazine. I had been in once before for dinner, and it was outstanding! I can still taste the lamb tartare if I think hard enough. So with my recent decision to explore what some of Vancouver’s more “Upscale” establishments were doing when it comes to sandwiches and craft beer, I thought heading back to Wildebeest would be a grand idea. END_OF_DOCUMENT_TOKEN_TO_BE_REPLACED

This Saturday will be my public sandwich making debut at Hawkers Market happening this Saturday at Studio East (1480 Frances St) 6pm – late. That’s right. After eating and drinking my way around this great city I have decided to give one my own creations a shot, paired up with 33 Acres Brewing.Tickets are $10 and available here. Hawkers is a great concept whose intention is to help early stage local food entrepreneurs cultivate their businesses and have a place to conduct commerce. END_OF_DOCUMENT_TOKEN_TO_BE_REPLACED

Railtown Cafe is found appropriately nestled in a somewhat “industrial” part of East Vancouver known as “Railtown”. Sitting at the corner of Railway and Dunlevy amidst warehouses, tech company offices and artist studios, Railtown Cafe is another spot that has taken me way too long to get to. I’ve been hearing lots of good things since they opened their doors not that long ago, so the time had come to head in and try some of their highly recommended sandwiches for myself. END_OF_DOCUMENT_TOKEN_TO_BE_REPLACED