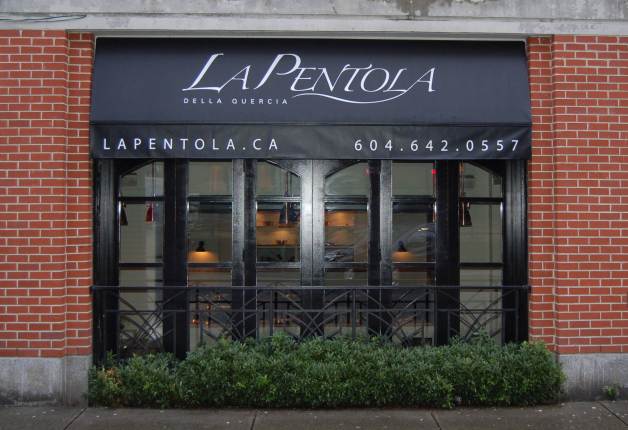 I recently made a decision to venture a little out of my comfort zone to find some sandwich and beer pairings at a few places that would be considered a bit more “Upscale” then my usual spots. This idea stemmed from both my own interest in what these establishments were doing as well as to see which ones were making an effort to offer more craft beer to their customers. One of the places I chose to check out was Yaletown’s La Pentola Della Quercia, located in the Opus Hotel.

At La Pentola the focus is on rustic Northern Italian cuisine done family style, where guests are asked to trust Chef Lucais Syme to create a memorable dining experience. In addition to the family style dinner experience, La Pentola is open 7 days a week for brunch and lunch offering a selection of salads, pasta’s and paninis. 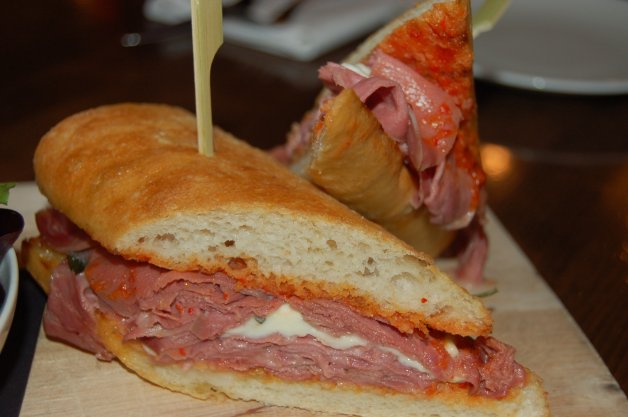 The item that intrigued me the most on their lunch menu was the Veal Tongue Panini with salsa rosa, buffalo mozzarella and basil on house-baked ciabatta. The thing that had me so interested in this sandwich was that I had no idea how the veal tongue would be prepared. Upon ordering I found out the veal tongue is poached at low temperature and then sliced paper thin almost like prosciutto but is melt in your mouth tender. I first detected some sweetness from the veal as well as a very interesting and somewhat funky flavour. The melted buffalo mozzarella is soft and succulent between the layers of shaved veal tongue. The salsa rosa is bright and works marvelously with the fresh basil leaves to bring a familiarity to the sandwich. All this nestled between to the two pieces of freshly baked ciabatta bread became basically the best “pizza sub” I’ve ever had. 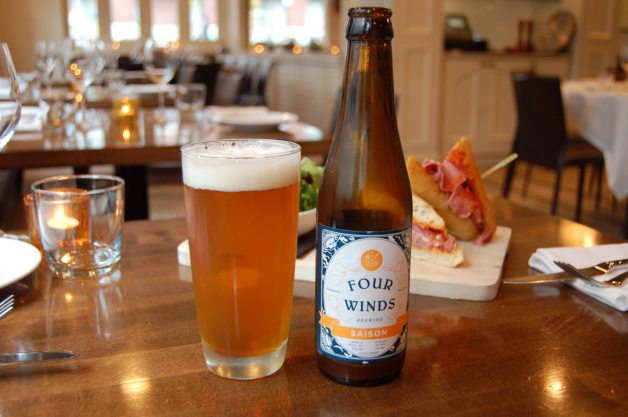 La Pentola’s craft beer selection is small at the moment but the tell me they are looking to expand. They are off to a good start however by offering a few beers from Four Winds Brewing based in Delta, BC. These guys are just plain killing it right now. They recently picked up the “Best Of Show” award for their White Rye IPA at the Okanagen Fest-Of-Ale in Penticton, BC, and took home a silver in the American-Style Brett category at the World Beer Cup in Denver for their Juxtapose Brett IPA. Nice work guys! At La Pentola you’ll find their IPA and their Saison both in bottles. I decided to go with the saison as I knew it would pair well with the veal. This saison is really fragrant and also carried a bit of funk as well, that worked well with the veal. The acidity in the beer matched up nicely with salsa rosa, while combining to deliver some subtle floral qualities as well. All in all the beer and the sandwich stand up to each other nicely, both bringing something bold and unique to the pairing. 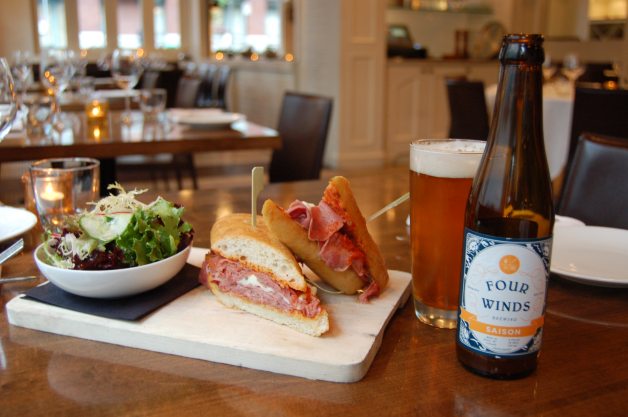 So, if you’re looking for a delicious and different panini in an upscale room paired with a great saison from an award winning brewery from the Lower Mainland then head to La Pentola Della Quercia for This Sandwich and That Beer. 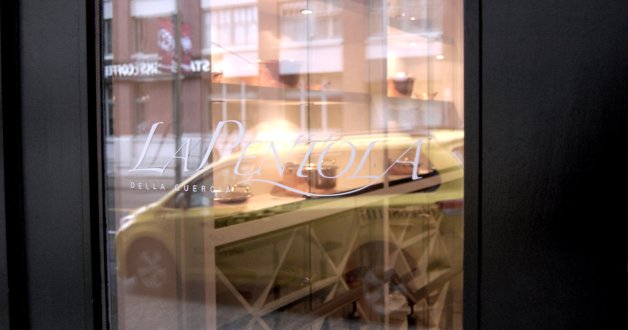 Head to www.lapentola.ca and www.fourwindsbrewing.ca for more info. Follow them both on Twitter @La_Pentola and @FourWindsBrewCo, and follow me @TSTB_blog. If you want to pick up some Four Winds Saison on its own head to Legacy Liquor Store in Olympic Village

Also listen for my feature on Just Here For The Beer radio on Team 1410 at noon Apr 26, and look for my article in BC Craft Beer News found at your local craft focused liquor store.