The August Jack opened up a few weeks ago on West 4th in Kitsilano, becoming Vancouver’s “first craft beer and food pairing restaurant”. Their focus is to pair an often rotating tap list of local and international craft beers with a selection of delicious tapas. Once I heard that checking this place out became high on my priorities, even without a sandwich on menu. 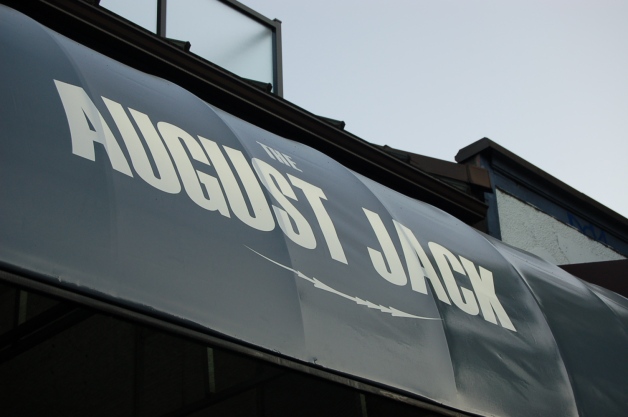 Finding The August Jack isn’t difficult, their massive black awning and big block lettered name almost call you over to check them out. Once inside the room is casual and comfortable. We were sat right at the front by the large bay windows that open right to the street. Not a bad little spot to sit and sip on some tasty craft beers and enjoy some great small plates. 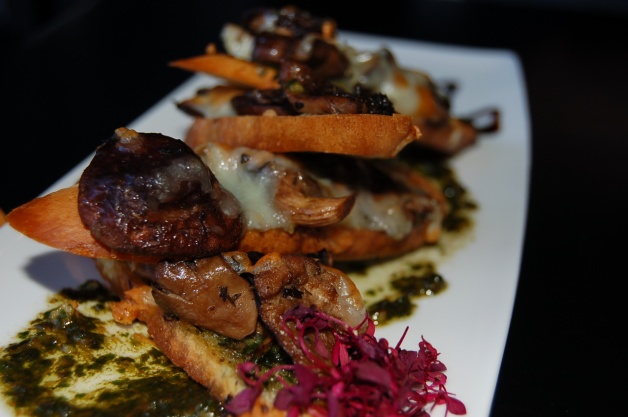 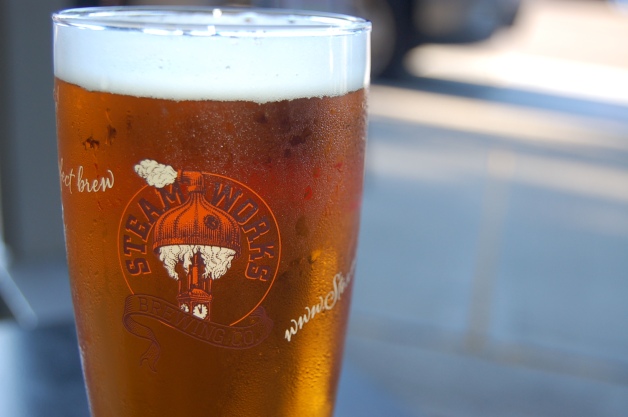 The first course was the Wild Mushroom Toasts paired Steamworks Pale Ale. The toasts come with seasonal wild mushrooms, hazelnut basil pesto, shaved manchego and balsamic reduction. The first thing I detected was how the earthiness from the mushrooms really brought out the malt in the beer. The hazelnuts came through really nice in the pesto and the house baked rustic sliced baguette was nice and crunchy. The mushrooms really resonate on the palate and continue to linger with the beer as you enjoy the two together. This was a great start to the meal. 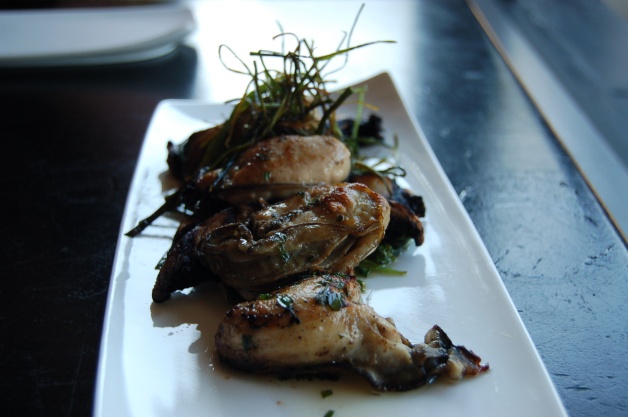 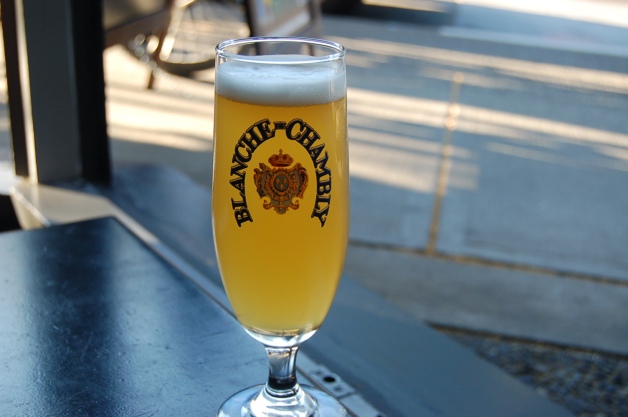 The second course was the Pan Seared Beach Oysters paired with Unibroue Blanche De Chambly. The big juicy oyster come tossed in browned tarragon garlic butter with grilled portobello mushrooms and crispy fried leeks. The beer pairing here is spot on. This Belgian style Witbier is perfect with the oysters. The beer’s flavor accents the richness from the buttered oysters, while also cleansing the palate with its fresh, crisp mouth feel. 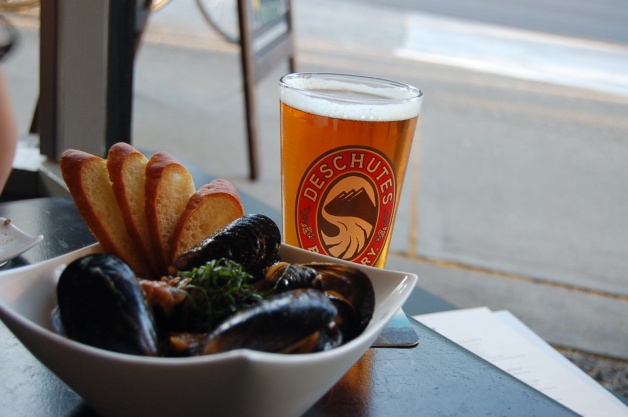 The third course was the Read Island Mussels paired with Deschutes River Ale. The mussels were in a delicious paprika rose sauce with basil and crème fraiche. The mussels were big and plump and super tasty. The sauce was tangy, with great acidity that was mellowed by the addition of the crème fraiche. This beer from Deschutes is a great one, perfect for summer with its mellow hop flavor and light body.

So, next time you find yourself cruising down West 4th in Kits definitely pop into The August Jack for a great craft beer and delicious food pairing. Follow them on Twitter @TheAugustJack and follow me @TSTB_blog.