For the second entry of my unofficial series of Gastown’s craft beer focused spots, I hit up one of the longest standing rooms in the area. Six Acres sits at the original location of Gassy Jack’s tavern and is named for the “six acres” that surrounded it. This is the area that eventually became the city of Vancouver.

Six Acres has been in the neighbourhood for quite a few years now. They have a few taps that are on rotation but the focus is mainly on bottles. They offer a great selection of North American craft beer, and a ton of international favourites. The food focus is mainly small plates, like chicken wings (which are amazing), marinated olives, charcuterie platters and some really tasty sliders. 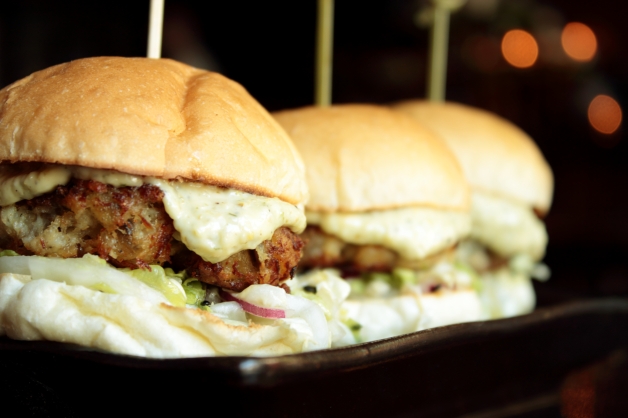 Six Acres is simply a perfect place to sit, snack and sip on tasty beers with friends. They have three different sliders on their menu, a classic beef burger, a veggie burger and a killer crab cake one. Now, without getting too much into semantics, often I’m the guy saying that a burger is not a sandwich. I mean they are two very different things. I chose the crab cake sliders as they were the most “un-burger” of the bunch. I also figured I needed another crab cake option up quickly since the closing of Habit Lounge, whose Crab Cake sandwich I had recently featured. 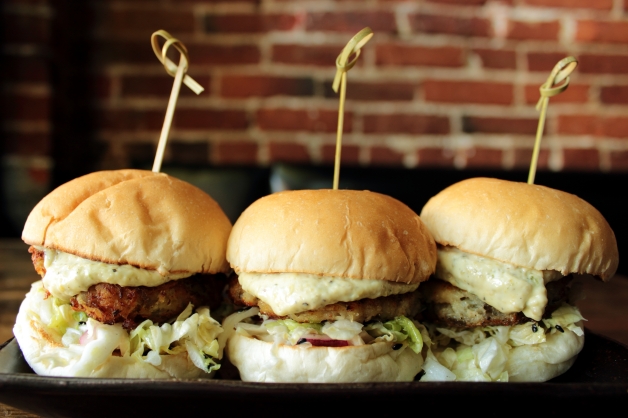 The crab cake sliders come in a set of three, each with a good sized crab cake, crunchy cabbage coleslaw and a zesty house made tartar sauce. The buns are pillowy soft with a subtle sweetness that rounds out all the flavours nicely. The crab cakes are crisp and golden on the outside while still moist and packed with crab flavor on the inside. The slaw has just the right level of acidity and is really balanced with the use of cabbage and red onion. The tartar sauce is the real champion on these sliders. It’s super lemony, thick and substantially lathered onto the crab cake. These sliders may be small, but they pack a lot into that tiny package. 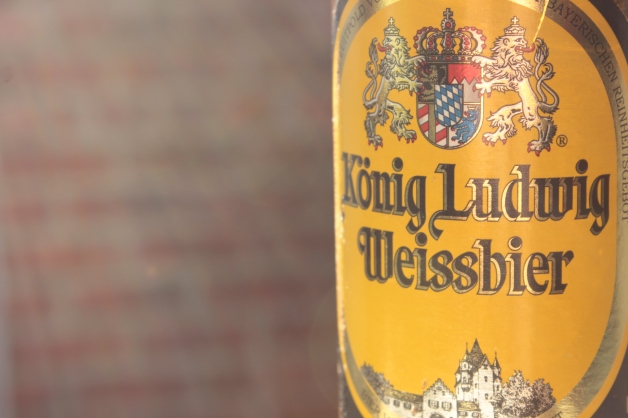 With Six Acres expansive bottle selection, I had a lot of options for the beer. Because they put such a large focus on European imports I decided I would stray a bit from my usual “regional” focus. This decision was made even easier when I saw they had one of my favourite summer beers. The Konig Ludwig Weissbier has long been a go to on hot summer days. 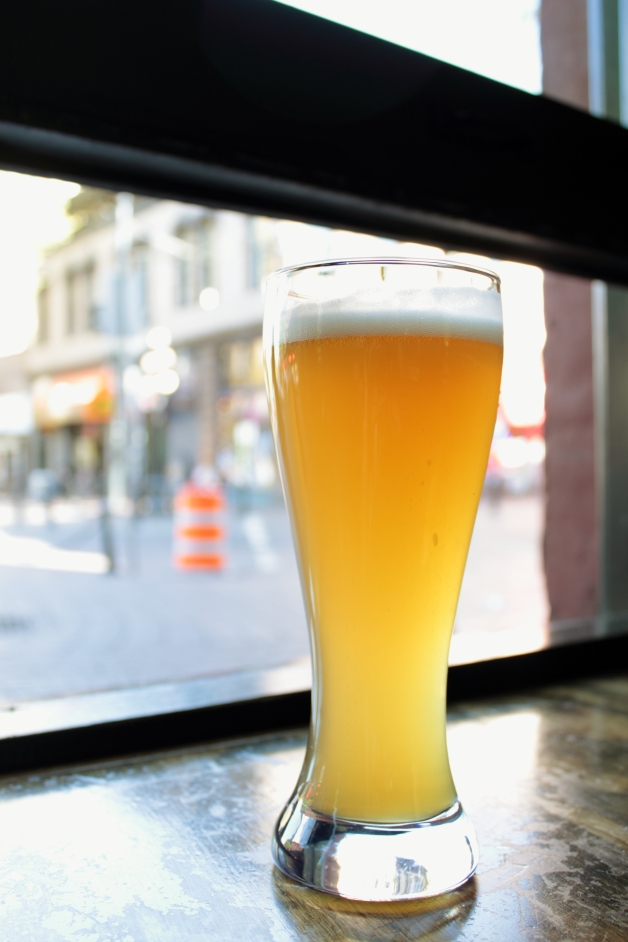 This refreshing beer pours a cloudy yellow with a tight white head. It has notes of apple and banana that are expected from a traditional Bavarian Hefeweizen. This beer made a perfect partner to the crab sliders. Its crisp mouth was perfect after each bite of the slider. Now, I normally throw a big slice of lemon in my hefeweizen, however on this occasion the huge lemon kick from the tartar completely filled that void. This beer goes down so good, luckily Six Acres always has cold ones on hand right around the corner from my apartment.

So, if you’re looking for some tasty crab sliders paired with a refreshingly crisp traditional Bavarian Hefeweizen, then head to Six Acres for This Sandwich and That Beer.

Check out www.sixacres.ca and www.royal-bavarian-beer-selection.com for more info, follow Six Acres on Twitter @sixacres and follow me @TSTB_blog. Head to Legacy Liquor Store if you’re looking to pick up a bottle of Konig Ludwig Weissbier on its own.